Mgahinga Gorilla National Park lies high in the Virunga Mountains in the Kigezi region of southwestern Uganda, at an altitude of between 2,227m and 4,127m. The park is Uganda’s smallest and indeed most attractive national park protecting the rare mountain gorillas in its dense forests. 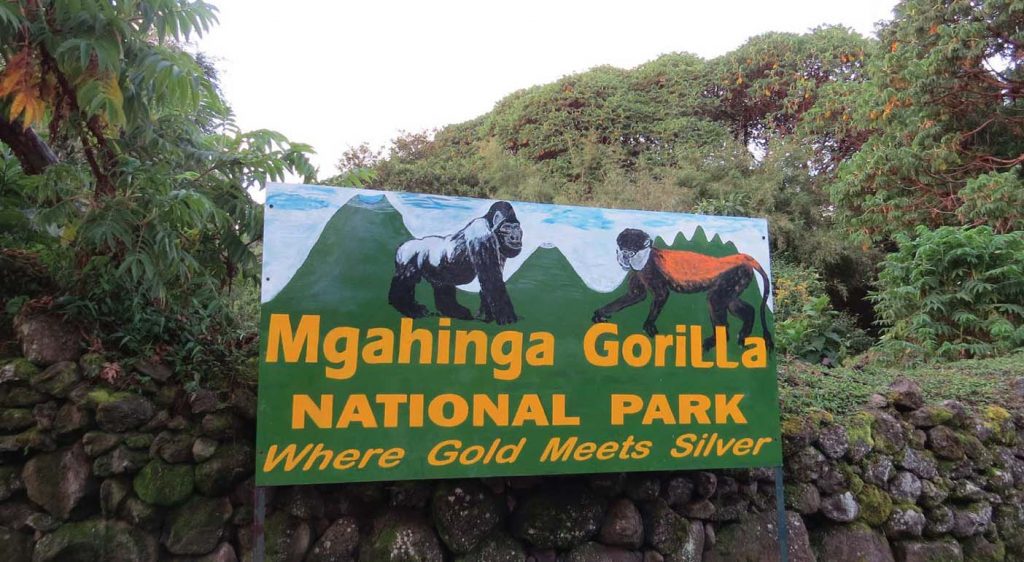 The park is also Uganda’s habitat for the endangered golden monkeys and has at times been referred to as a place where the Gold meets the Silver. Its three conical extinct Volcanoes and their peaks provide Mgahinga with the most scenic views.

In addition to the Golden monkeys and the mountain Gorillas, the park shelters over 39 species of mammals including Forest elephant, leopard, buffalo, bush pig and primates like Golden monkeys, Red-tailed monkeys, Black and white colobus monkeys and L’Hoest’s monkeys but these are rarely seen and 79 bird species recorded including the Rwenzori turaco, crowned hornbill, black kite and crowned crane.

How to get there?

Mgahinga Gorilla National Park is located in the southwestern region of Uganda in Kisoro district 493 km from Kampala to the border of Uganda with Rwanda and Congo covering an area of about 33.7sq km.

Things to do in Mgahinga Gorilla National Park

Mgahinga is one of Uganda’s homes for the endangered mountain Gorillas with a habituated gorilla family called Nyakagezi. It is no doubt that this park is one of the leading gorilla safari destinations in Uganda. The gorilla Safari should be done here because it has a thick rain forest with a wide variety of tree species and gorillas are known to be vegetarians. The Gorillas keep moving around the park because there’s enough food for them. Though not many, gorillas of Mgahinga National Park are easily seen in their natural habitats and this makes tracking easier compared to other parks. 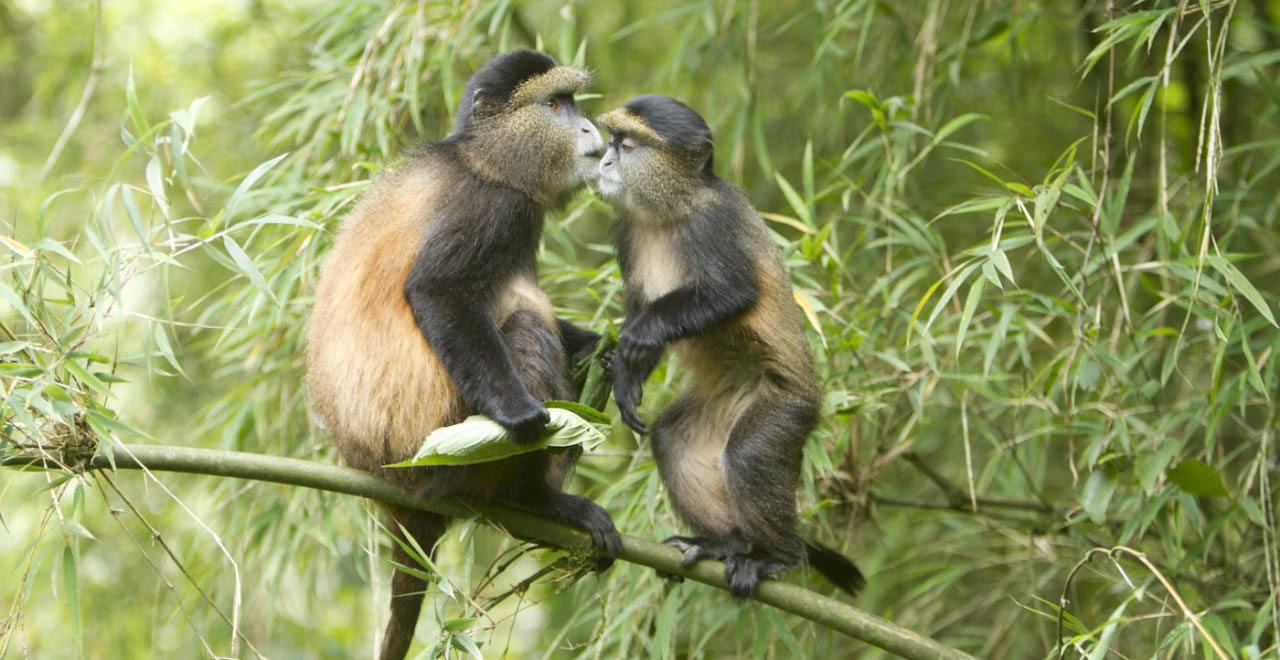 Golden monkey tracking is one of the major of the tour activities in Mgahinga national park. The golden monkey is endemic to the Albertine Rift, and Mgahinga Gorilla National Park is the only place in Uganda where these endangered creatures (The Golden Monkeys) live high in the dense bamboo forests on the Gahinga trail. Over 60 of the 3000 to 4000 estimated golden monkeys in the Virunga area are habituated in Mgahinga. Read More> 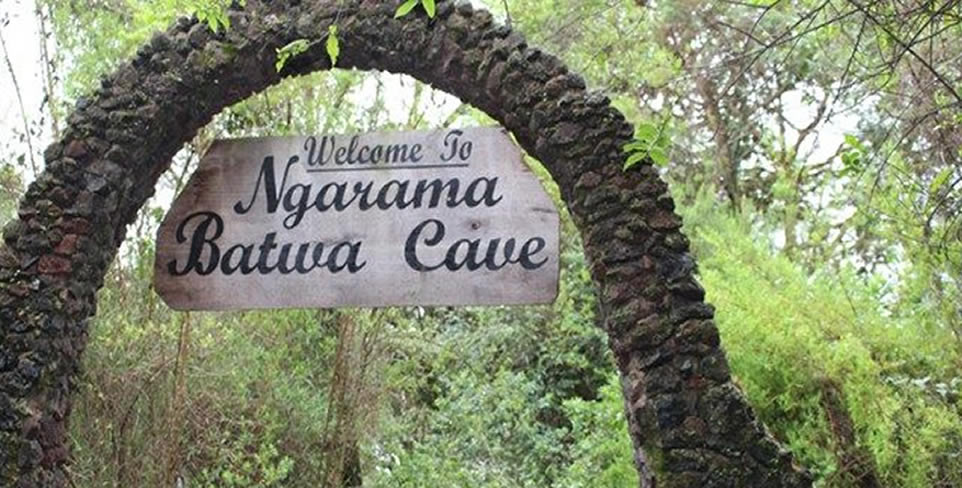 The Batwa trail involves a community visit that starts from the base of Muhavura Cave through the local people that formerly were occupying the forest. This walk is conducted by Batwa guides who provide insights into their traditional forest life and culture. This tribe of hunter-gatherers was the forest’s “first people”, and their ancient knowledge of its secrets remains matchless. There are two main ethnic groups in this region and the most numerous are the Bafumbira who are primarily farmers and the Batwa form a minority group.

Nature walks & hikes through the Park leads you to fascinating attractions like the Sabinyo gorge as you enjoy bird watching, wildlife like forest elephants, buffaloes, bush pig and primates like Golden monkeys, Red-tailed monkeys, Black and white colobus monkeys and L’Hoest’s monkeys.

Several butterflies are there and tourists interested in them have a great opportunity to watch them. Hiking through the jungles of Mgahinga National Park involves Mount Muhabura, Mount Gahinga, hiking through the sabinyo gorge trail, the Congo-Border trail hike, the riveting and popular Batwa trail and the golden monkey track.

Mgahinga is one of the best birding taking you to some of its most beautiful scenery in the gorge between Gahinga and Sabinyo mountains, through the bamboo and montane forest where birds like the beautiful Rwenzori Turaco may be observed.

The bamboo belt and the tall montane forest are also special points for bird watching. The Red-faced Woodland Warbler, Chubb’s Cisticola, Banded Prinia and Doherty’s Bush-shrike are vocal yet inconspicuous inhabitants of the tangled vegetation at the forest’s edge. Read More>

Where to Sleep Around Mgahinga Gorilla National Park

Previously, gorilla trekking permits were bought either in Kampala or at the park gate. However in 2022, Uganda wildlife Authority issued a statement relinquishing any foreign non resident of the powers to buy gorilla permits in Uganda.

How Much are the Activities in Mgahinga Gorilla National park?

Mgahinga Gorilla National Park is a magical place where you get to see the silver and the Gold in one place, the presence of the rare golden monkeys and gorillas in this park gives it an upper hand in attracting more visitors for these two endangered species. The three mountains also make visits to Mgahinga a very unique experience with the beauty of the beautiful scenery at the mountain peaks as you hike through.